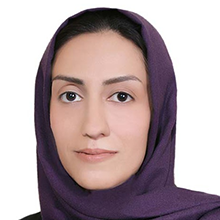 I am from Iran and I am PhD of Plant Pathology. I submitted my thesis at Tarbiat Modares University, Tehran, Iran in 2014. As a plant pathologist I am interested in plant disease management and how best to control diseases specially rust diseases through the deployment of resistance genes.

In my PhD dissertation I studied the genetics of stem rust resistance in Iranian wheat landraces. Also, as part of my PhD I visited CSIRO in Australia in 2013 to work on non-host resistance of barley to wheat stripe rust. I have a keen interest in plant resistance breeding because it is the most cost effective way to protect crops and minimize the risk of epidemics.

Through attending International events such as International Plant Breeding Congress, Antalya, turkey 2013, BGRI workshop and wheat summit, Mexico, 2014 and during staying at CSIRO, I involved in international efforts directed towards fighting rust pathogens worldwide and would like my research to be better integrated with this global effort.

During my university education (MSc and PhD), I worked as teaching and research assistant of my supervisor and I had a responsibility to help master students in their project. This opportunity helped me to improve my research skills and also it improved my ability of individual and group research.

As a part of research assisting projects I’ve worked with different molecular markers such as population genetic markers and I’ve involved in taxonomy and phylogenetic studies of different fungal species.

I have experience in growing and inoculation wheat and barley in the green house and field condition and then, recording the response macroscopically and microscopically at specific time intervals using a florescence microscope to detect rust and Septoria diseases in the plant leaf tissue. In parallel to genetic studies I was involved in molecular detection of resistance genes using molecular markers which had linkage to resistance genes in wheat and barley. I have a keen interest in using new methods like KASPar system and so to study segregated families of wheat and barley.

Generally, I am interested in exploring the genetic, cytological and molecular bases of resistance to host and non-host fungi in important crop plants in order to employ the genes to achieve disease resistant cultivars in future and reduce yield loss and prepare food for hungers in the world.