“I have been farming for the last 50 years.

Scientists are concerned over the proliferation of highly virulent fungal wheat diseases, including two new races of yellow rust – one in

ITHACA, NY: The BGRI is ringing in the new year by unveiling a whole new set of wheat resources and tools on the globalrust.org website.

Dr. Pablo Olivera summed up one of the issues facing the world’s wheat yields; “It’s not just a Ug99 problem, it’s a rust problem.” 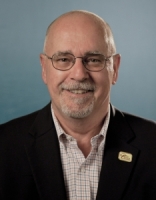 Coffman speaks on agrobiodiversity in India

NEW DELHI, INDIA: Ronnie Coffman, vice-chair of the Borlaug Global Rust Initiative, was a keynote speaker at the 1st International Agrobiodiversity Congress (IAC) held in New Delhi, India, November 6-9, 2016. Over 850 delegates from more than 40 countries were in attendance. 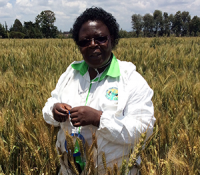 Taking the Scientists to the Rust

Saha Bir Rai doesn't see stem rust in his fields in Bhutan. “We have wheat varieties but we don’t understand levels or types of rust,” said the senior plant protection officer in the Division of Pest Surveillance at Bhutan’s National Plant Protection Center. 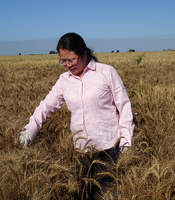 Caixia Lan, from China, and currently working at CIMMYT, was a WIT winner in 2011. Since then, she has been focusing on identifying adult plant resistance (APR) gene to leaf rust, stripe rust, and stem rust in bread and durum wheats, and breeding durable rust resistant wheat cultivars. 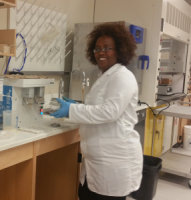 BACKGROUND: What is your current professional position, title, affiliation, responsibilities? How long have you been in this position?