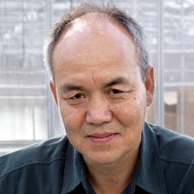 Yue Jin, adjunct associate professor in the department of plant pathology at the University of Minnesota, and an expert in biology and population genetics of cereal rust fungi at the USDA-ARS Cereal Disease Laboratory, is a 2013 recipient of the Siehl Prize in Agriculture. Yue Jin will receive the prestigious prize in the category of “Knowledge” at the University of Minnesota on May 23, 2013. In his nomination letter, Yue Jin was cited as “one of the scientists most critical to the success of the Borlaug Global Rust Initiative and the Durable Rust Resistance in Wheat project,” two projects dedicated to stopping the spread of rust in wheat and barley. Wheat rust is a significant threat to the world’s food supply.

Ug99-resistant variety to be released in Sudan

The sister of a widely grown variety in Ethiopia is ready for distribution to farmers in Sudan. The variety, known as Danphe will be released in Sudan as Zakia. 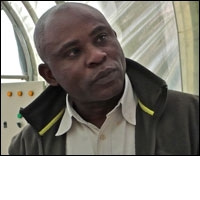 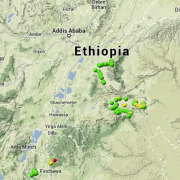 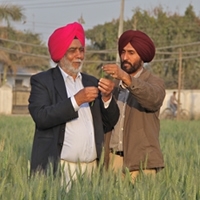 The SAARC course officially ended on 10 March 2012, but the communications crew traveled on to Ludhiana and the Punjab, for 10-12 March, to gather more footage from the heartland of wheat production in India. There we visited Punjab Agricultural University (PAU) where Dr. Bansz, director of the department of plant breeding, Dr. Sohu, senior wheat breeder, and Dr.Madhu Jindal, senior wheat pathologist, gave us a grand tour of PAU and introduced us to local wheat farmers. 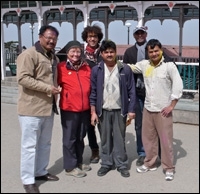 The SAARC team traveled by bus up winding sets of switchbacks overlooking deep vistas to our last stop, the DWR Regional Station, Flowerdale, in Shimla (Himachal Pradesh), at 7200', for 6-9 March.Established in1921 by Dr. Mehta from England, the station maintains cultures of 126 different rust pathotypes collected over the last 90 years and conducts race analysis on samples from all over India and South Asia. Separate greenhouses are maintained for stem, stripe and leaf rust. 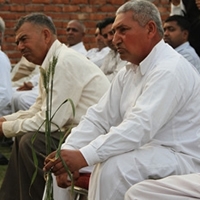 The SAARC team received a warm welcome at the Directorate of Wheat Research (DWR) at Karnal (Haryana) on 4-5 March. Dr. Indu Sharma, project director for the DWR, began the proceedings with a lecture on "Strategies to combat stripe rust in wheat" followed by a lecture on "Wheat Rusts: Diagnosis, survey —surveillance and management," by Dr. A.K. Sharma, principal investigator for crop protection. Dr. Ravish Chatrath also participated. 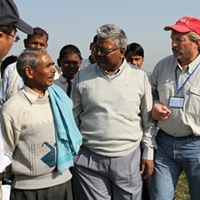 SAARC participants traveled to Mumbai and took an early-morning flight to Varanasi in Uttar Pradesh for their three-day survey on 1-3 March of wheat grown in the Indo-Gangetic Plain of India. At the Institute of Agricultural Sciences at Banaras Hindu University (BHU), DR. S.S. Vaish, assistant professor, accompanied the team to the BHU research fields. Dr. Cisar spoke on the DRRW Project and elaborated on the advent of Ug99 as well as the threat it could pose. Dr. Park delivered a presentation on the "evolution of pathogenic variability in rust pathogens and their nomenclature." Dr. Hodson's presentation dealt at length with the available rust surveillance tools and databases. 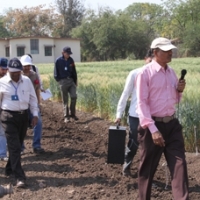 SAARC participants visited the Agricultural Research Station at Niphad, near Nashik (Maharastra) on 28-29 Feb. Dr. P.N Rasal, wheat specialist and zonal coordinator of the station, guided the participants around the station and oriented them on the new improved wheat varieties released in India. The differential performance of the wheat varieties in the research fields under controlled conditions was also discussed. Under the guidance of the experts and senior scientists at the station, the team learned artificial rust inoculation techniques and practiced the procedures in the field with the support of senior scientists from Niphad. Dr. David Hodson trained the participants on recording field data through GPS and smart phone applications. The scientists tried out inputting field data with the new technologies under the guidance of Dr.Hodson. The participants practiced the usage of the smartphone applications in various farmer fields in and around the research station.