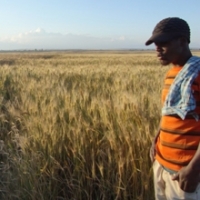 A severe, localised stem rust epidemic has broken out in southern Ethiopia during November-December 2013. The districts of Agarfa and Gasera in Bale zone are the most seriously affected, but some spread into other areas is now being reported. The previously resistant and popular cultivar “Digelu” is showing extreme susceptibility, with unsprayed crops exhibiting 100% incidence and 100% severity. Fields with, or close too, 100% loss have been observed. It is estimated that approximately 10,000 ha of wheat in and around Agarfa and Gasera have been effected. Some effective control has been achieved by farmers who sprayed with registered and well tested fungicides. Research and government agencies in Ethiopia are very actively responding to the current situation. 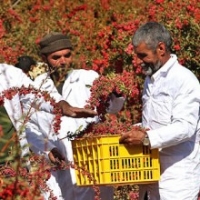 Many BGRI scientists have been on treks to find barberry bushes bordering wheat fields, high in the hills of Kenya, Ethiopia, India, Nepal, or even the Pacific Northwest. Barberry is a carrier of rust, but also a landscape plant. In some parts of the world, the berries are used as a spice. This photo essay from the Mehr News Agency in Iran takes appreciation of barberry cultivation to a whole other level. Berberis harvest in Iran Jalal Kamali (CIMMYT) forwarded the series to Ravi Singh who sent them on to share with the rest of the BGRI community. 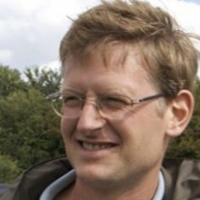 Walk the Talk with Mark Lynas

While speaking at the 2013 BGRI Technical Workshop, Mark Lynas appeared on Walk the Talk with Shekhar Gupta, Editor-in-chief, Indian Express and speaks about why suddenly he has turned pro-genetically modified crops 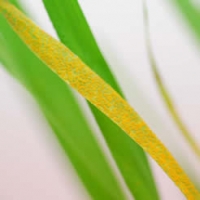 Guest authors: Diane Saunders and Cristobal Uauy. We have been working with colleagues in India, Kenya, Ethiopia, Denmark and the UK to develop wheat yellow rust genomics through the re-sequencing of isolates from different continents. Our project also includes traditional field trials of a common set of germplasm which has been evaluated in these countries. 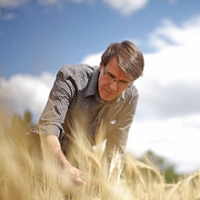 Recognizing superlative efforts to combat wheat rust diseases, the Borlaug Global Rust Initiative (BGRI) awarded the Gene Stewardship prize to researchers at three Australian institutions today during the 2013 BGRI Technical Workshop in New Delhi, India. The winning researchers are from the Commonwealth Scientific and Industrial Research Organisation (CSIRO), the University of Sydney, and the University of Adelaide. Collectively, the institutions are referred to as the Australian Cereal Rust Control Team.

"I particularly want to acknowledge Jeanie Borlaug, chair of BGRI and a champion of continuing her father’s legacy in food security… and her daughter and Dr Borlaug’s grand-daughter Julie Borlaug, who is not with us today but has been both an insipiration and a practical support to me in preparing these remarks. Three weeks ago I was travelling in central Kenya, meeting smallholder farmers who were growing improved bananas using the tools of modern biotechnology. Their banana plantations were healthy because they had been able to obtain clean tissue culture plantlets from the agricultural research institute rather than transplanting disease-carrying suckers." - Mark Lynas 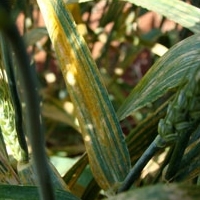 Guest Author: Cristobal Uauy - Understanding the pathogen's side of the story

Wheat yellow rust, caused by the fungus Puccinia striiformis (PST), was recently dubbed one of "wheat's worst enemies" and continues to be a major threat to global food security. The appearance of new and more aggressive PST strains at the beginning of the 21st century and their rapid spread pose an increasing global threat to wheat production, and have resulted in severe yield losses in recent years. 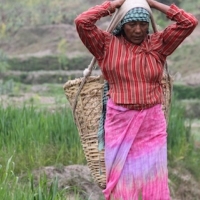 More than 20 wheat scientists from five South Asian countries gathered in Kathmandu from February 25 to March 6 to participate in comprehensive training on wheat rust monitoring and disease management.

Phil Pardey and Jason Beddow, co-authors of a study, Right-Sizing Stem-Rust Research, recently featured in Science, contributed the following Q&A's for the BGRI blog, expanding on their paper's conclusions that maintaining funding of stem rust research is crucial.