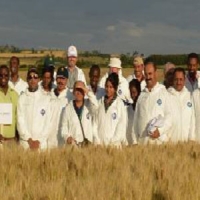 Searching for answers in the weeds of wheat fields in Morocco

Being a scientist, travel is certainly one of the perks of the job and our recent visit to Morocco was truly an eye-opening experience and one we rank highly among the many countries we have visited.

Celebrate Norman Borlaug and Wheat this summer in Washington, DC

In celebration of Dr.

Driven by the shift toward higher temperatures and increasingly variable and intense rainfall for short durations, wheat stripe rust is flourishing in new areas of the world. 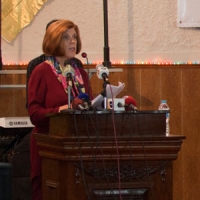 FAISALABAD, PAKISTAN: On the 25th of April, Jeanie Borlaug and Gordon and Kathy Cisar of the BGRI, and Hans Braun and Etienne Duvalier of CIMMYT, participated in a number of events at the Ayub Agricultural Research Institute (AARI) in Faisalabad to commemorate the 100th birthday of Nor 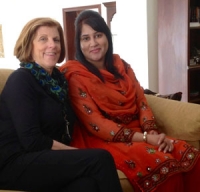 ISLAMABAD, PAKISTAN: On the morning of April 24, Jeanie Borlaug met with Pakistani women scientists at a tea hosted by Clay Hamilton, the USDA Agricultural Counselor to Pakistan. 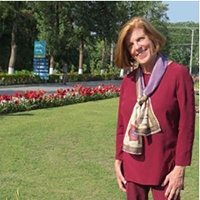 ISLAMABAD, PAKISTAN: Jeanie Borlaug is visiting Pakistan this week with other members of the BGRI team to celebrate Norman Borlaug’s 100th birthday and the 50th anniversary of Dr. Borlaug’s initial trips to Pakistan. Dr.

Welcome to the new globalrust.org!

The BGRI is pleased to debut our new website. 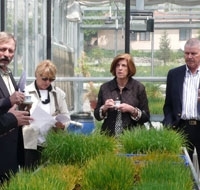 ANKARA, TURKEY: Continuing the year-long celebration of what would have been Norman Borlaug’s 100th birthday, his daughter, Jeanie Borlaug, is in Central Asia this week visiting wheat research facilities in Turkey and Pakistan with the Borlaug Global Rust Initiative (BGRI).