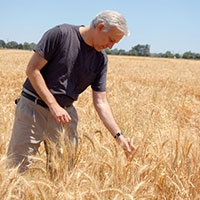 In an interview with the Howard Hughes Medical Institute, Jorge Dubcovsky, UC-Davis, discusses current methods of regulating GMO crops, and how these regulations are impeding progress. A portion of the interview is excerpted here. 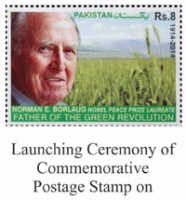 ISLAMABAD, PAKISTAN: A ceremony launching a postage stamp commemorating the 100th birthday of Dr. Norman Borlaug was held at the National Agricultural Research Center (NARC), in Islamabad, Pakistan, on December 22, 2014. The stamp of Rs. 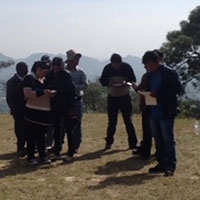 A two day long workshop on effective utilization of web and Tablet based application in wheat rust surveillance was held at Kathmandu, Nepal from 12-13 November 2014. 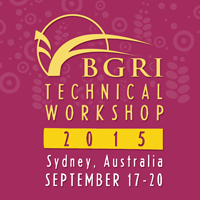 Call for Abstracts for oral presentations at the 2015 BGRI Workshop

The BGRI is soliciting abstracts for presentation at the plenary session of the 2015 Technical Workshop to be held September 17-20 in Sydney, Australia. 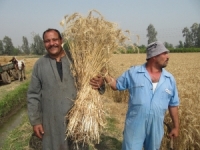 In a landmark policy-level outcome for the Arab world, the countries in the region have agreed on a regional partnership on food security to improve their domestic productivity through greater investments in agricultural research. 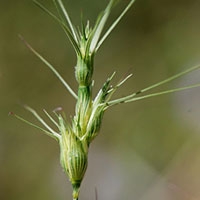 Searching for resistance in wild wheat

Bread wheat originated from the hybridization of three different wild progenitor species. These progenitors are genetically diverse and have been the source of many economically important genes for cultivated wheat improvement, especially with respect to disease resistance. 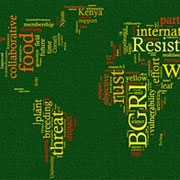 Our hope is that the II Workshop on surveillance of race Ug99 in South America and breeding wheat for resistance can bring awareness of the importance of the Ug99 situation to the scientists and students in South America.  Ug99 is mutating and migrating and could move to South America on prevaili 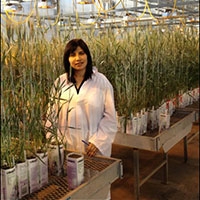 Arti Singh is a 2013 WIT Early Career winner.
The deadline for the 2015 award is 1 October 2014.  For application information, please visit the BGRI WIT page.
How did you get interested in wheat breeding? 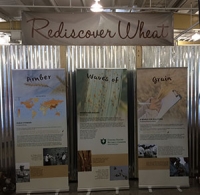 The Kansas State Fair runs September 5-14, 2014. The Kansas Wheat exhibit is in the Pride of Kansas building. It is open 9am – 9pm daily and closes at 7pm on September 14. More info about the fair is available at https://www.kansasstatefair.com/. 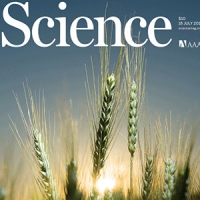 Science's Special Issue on Slicing the wheat genome celebrates the 100th anniversary of the birth of Norman Borlaug, the Nobel Prize-winning plant geneticist who, through his contribution to the "green revolution," reminds us of the importance of applying scientific knowledge to develop