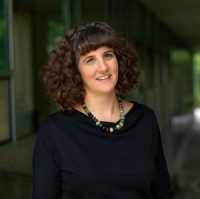 A global alliance of countries and research institutions, including Cornell, committed to sharing plant genetic material, has secured food access for billions of people, but a patchwork of legal restrictions threatens humanity’s ability to feed a growing global population. That jeopardizes decades ... 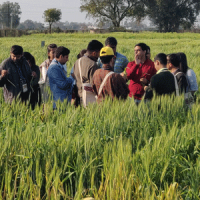 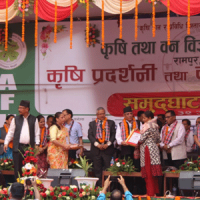 An innovative wheat seed production project in Nepal celebrated astounding growth by bringing some of its most successful farmers to an agricultural fair aimed at connecting people across the entire wheat value chain. 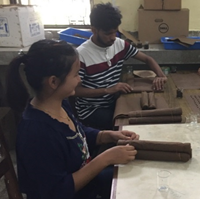 Seeds are the basic inputs in agriculture and often regarded as the carriers of new technology. Particularly in regions like Nepal where modern agricultural inputs and technologies are difficult to adopt due to economic and geographical constraints, seed remains an important means of increasing ... 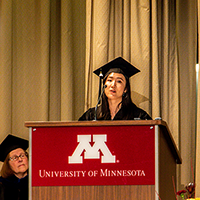 The value of practicing humility in scientific research

This blog is an edited version of a speech originally delivered by Feng Li at the 2019 College of Food, Agricultural and Natural Resource Sciences (CFANS) commencement ceremony at the University of Minnesota.

While reflecting on my experiences in graduate school, one thought ... 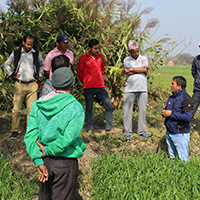 Under the aegis of the Delivering Genetic Gain in Wheat (DGGW) project, the Agriculture and Forestry University (AFU) has established a seed system in Nepal for the purpose of creating access to quality certified seeds for smallholder farmers in the Chitwan region of Nepal. For the seed system ...

The Delivering Genetic Gain in Wheat (DGGW) project’s new cohort of Women in Triticum awardees was announced March 20 at the International Center for Maize and Wheat Improvement (CIMMYT). 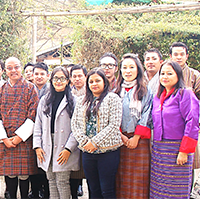 Wheat disease surveillance facilitates the targeted release of rust resistant wheat varieties and/or the withdrawal of susceptible varieties. It has been an essential aspect of the Delivering Genetic Gain in Wheat (DGGW) and Durable Rust Resistance in Wheat (DRRW) projects under the Borlaug ...

“This excellently prepared training helped in building team working skills via several team building activities and games. And it helped in gaining leadership tools such as effective communication, setting priorities, conflict resolution, making us aware of imposter syndrome, and how to be ...