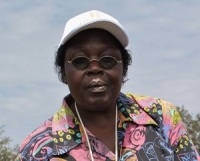 Ruth Wanyera has spent more than 30 years working in plant protection in Kenya. She enjoys walking the crop, but the main motivation for the 67-year-old pathologist is people — not plants. Having grown up in a farming family in rural Kenya, weeding and harvesting, fetching water, and making sure ...

A collaborative effort initiated by the South Asian Wheat Disease Consortium during the Borlaug Global Rust’s SAARC training in Nepal, in 2015, resulted in a close evaluation of the wheat yellow rust pathogen population structure in the Himalayan region by Sajid Ali’s group at the Institute of ... 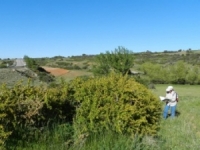 Spain serves as a potential bridge for pathogen movement and wheat rust infection between Africa and Europe and an important country in which to conduct barberry and stem rust surveys. Additionally, endemic and unique species of barberry such as Berberis vulgaris subsp. seroi  ... 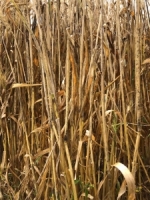 On October 20 to 22, 2019, a crew of pathologists including Dave Hodson and Yoseph Alemayehu from CIMMYT, Maricelis Acevedo from Cornell University, Habtamu Tesfaye from EIAR and myself, Pablo Olivera Firpo, from the University of Minnesota, participated in a wheat stem and stripe rust survey ...

In 2010, when Hale Ann Tufan was awarded a Jeanie Borlaug Laube Women in Triticum award, she was a PhD student working with Lesley Boyd at the John Innes Centre in the U.K., studying blast diseases of wheat and non-host resistance. At the time, she said she wanted to use her knowledge, training and ...

Makida Mohammed, 49, was a strong, vibrant farmer who was quick to adopt new tools and technologies to improve her farm's production and the lives of her family and community. She passed away Aug. 13 in Mecca. 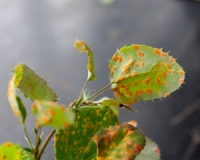 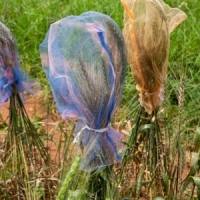 To ensure durable disease resistance in wheat, scientists must embrace a globally integrated strategy, say experts at the All India Wheat and Barley meeting in August

The course is designed for new and upcoming wheat breeders and pathologists from public and private sector in Africa, Middle East, and Central and South Asia, who wish to learn about the three rust pathogens.