I’m currently employed as a specialist agricultural researcher in crop protection at a commercial agricultural R&D company, ExperiCo, in South Africa. I have 15 years of agricultural research experience on an array of crops, most prominently in wheat, on which my research has focused for the past 12 years. As field biologist I conduct research on the promotion and protection of the health of wheat plants. Moreover, I have a passion for technology transfer in terms of the management of wheat diseases, and in this capacity I have contributed to numerous technical guides to farmers. I regularly write articles to specialist popular wheat journals and have for the past year often been part of a specialist agricultural radio program that informs farmers and the public alike on plant diseases and best options for prevention, management and control of these diseases. I'm inspired to work in wheat science, since as staple crop, wheat remains pivotal to food security.

What effect did the WIT Early Career Award have on your professional development?
The WIT Early Career Award gave me the confidence to fully delve myself into what I see as my calling: a commitment to food security. The award has encouraged me and to submit several publications to wheat journals - including a full series on wheat diseases which appeared bimonthly. Information in these publications coincided exactly with the timing at which those wheat diseases were likely to be observed in the field. In 2013, I received industry recognition for this work and received two awards for published articles.

What are you currently working on, and how does it relate to wheat production and/or food security in your country?
I'm currently involved in research to test and develop products for the control of fungal diseases of wheat.

Notably, this year I have put together two full day workshops to train individuals, including wheat producers and agrichemical role-players alike, in the identification of wheat diseases, and on the management and control of these diseases. I see this as one of my most important contributions to date in making concrete, real world, contributions to the sustainability of wheat production in South Africa.

I have also become a consultant in wheat disease management to the wheat industry and I give regular talks upon invitation to various stakeholders.

Which recent scientific discoveries or new technologies do you think will affect wheat production in the next 10-15 years?
Significant progress has been made through the breeding of wheat cultivars resistant to diseases, tolerant to drought, and more resilient to challenges that climate change presents, such as higher average maximum temperatures. In collaborative efforts, such of the Borlaug Global Rust Initiative, global forces are being joined in order to face and address the future challenges of wheat production. Such global collaboration is critical to resolving challenges in food security facing the world and to forming the foundation with which agricultural production should be approached.

The availability of smart phone apps to disseminate information on wheat production and crop protection to smallholder farmers globally also holds promise in more effective dissemination of knowledge and potentially the more successful adoption of novel cultivars and technologies by these farmers. 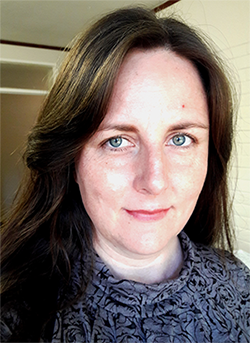 If you had access to unlimited funding toward wheat research as it relates to food security and improving life of small scale farmers, how would you invest it?
Dr. Norman Borlaug immersed himself in the challenges of small-scale farmers by working very closely with wheat producing individuals. He was proactive in not only finding solutions, but in playing a key role in the adoption of new cultivars in various regions in the world. This is where money needs to be spent. If scientists truly want to support sustainable and continued food security to small-scale farmers, it is their duty to proactively engage and understand the systems they intend to support. Comprehensive and successful support to small-scale farmers to empower them can only be given by those who understand the systems, the people and their culture.

I would also invest significant time and money in training small-scale farmers on the basic principles of agronomy, plant protection and plant nutrition. Small scale farmers need to be equipped with knowledge. Knowledge builds confidence and confidence builds greater success in farming.

What advice do you have for other women who are beginning their careers in agricultural science?
Agriculture presents some of the greatest challenges to the growing population, in terms of food security, but also in the production of animal feed and fiber.
However, along with these challenges also arises the greatest opportunities. Embrace the chances to make a difference through agricultural science. Your scientific contributions will make a tangible difference in food, feed, or fiber production in the world. This notion gives me great satisfaction and a sense of purpose. That is why I would encourage any young person to pursue a career in agricultural science.