A few years ago, the idea of gluten-free wheat was more theoretical than real. But last year, Francisco Barro, a plant scientist at the Institute for Sustainable Agriculture in Spain, made headlines with a gene editing technique called CRISPR-Cas9 that significantly reduced the amount of reaction-causing proteins in wheat.

Barro led the team that conducted the research leading to this remarkable achievement and was one of the authors of a paper that described engineering wheat using CRISPR.

As the keynote speaker for the 2018 Borlaug Global Rust Initiative Technical Workshop, in Morocco, April 14-17, Barro will talk about CRISPR-Cas9 technology, gluten-free wheat and the future of plant breeding.

“I am interested in the development of wheat lines suitable for celiac people, and obviously I am excited to carry out this project. For me, the elimination of the toxic gliadins and the maintenance of the bread making quality of wheat is the most exciting,” Barro said. “However, I realize that one of the most important targets for CRISPR is the resistance to biotic and abiotic stresses, in particular drought and salinity resistances, since this will allow sowing in soils not currently suitable for wheat cultivation, especially in developing countries.” 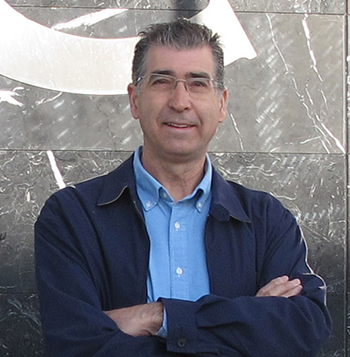 Born in Córdoba, Spain, Barro received his PhD in Biology at the University of Córdoba. After a postdoc of two-and-a-half years at Rothamsted Research in the UK, where he first worked on the genetic engineering of cereals, he returned to Spain to begin the research to obtain wheat lines for celiacs.

“The idea of obtaining wheat lines safe for celiac people came in 2002 when I was preparing a project to over-express gliadin genes in wheat, with the aim to extend wheat functionality,” Barro explained. “I changed the target of my research when I realized that people suffering celiac disease do not need more gliadins but the opposite instead. Therefore, I reorganized the project towards the elimination of gliadins by RNAi, which was a cutting edge technology by that time. We succeeded several years later with the development of wheat lines containing until 95 percent less gliadins than the standard wheat.”

Gliadins, a class of proteins found in gluten, are what cause immune reactions in people with celiac disease. The only known treatment for the disease is a strict gluten-free diet. While Barro’s research has not eliminated gliadins entirely from wheat, he is optimistic.

“More recently, we have applied the new gene editing technologies to introduce mutations in the alpha-gliadin regions of bread and durum wheat. The main advantage of these editing technologies is that the product does not contain transgenes and, therefore general consumers could more readily accept it. “

Barro said he was not surprised that there was such interest in his research from the popular press and the wheat science community.

“First, this a very hot topic, a very nice example of using biotechnology to help people. Everyone knows celiac people, and celiacs know that bread is a very difficult product, that gluten-free bread is not as good as other gluten-free products. I think that for a celiac to enjoy good bread, made of wheat, with the taste of wheat, the aroma of wheat, it would be something really amazing, and we are getting closer. Second, most papers report the use of gene editing technologies being limited to only a few genes. In our work, we report the simultaneous mutation of at least 35 different genes in bread wheat, and this is something really outstanding.”

One of the challenges with current gluten-free products is that they have a different flavor and texture. Barro’s team has collaborated with a baker in Spain to use their low-gliadin RNAi line of wheat to create bread with flavor and aroma indistinguishable from standard wheat bread. Celiac patients have been able to eat this bread and report on its quality.

Barro said his team has already designed new sgRNAs to target other gliadin groups in wheat, like gamma and omega gliadins. A number of companies have expressed interest in the technology and in using the material as it is or incorporating it into their breeding programs.

Is CRISPR the future of plant breeding?

“Targets for CRISPR will be the same as those for classical breeding technologies, i.e., technologies are changing but the problems are the same: increasing yield, biotic and abiotic stresses resistant, better quality, etc. CRISPR technology provides breeders with more precise control of some features, but CRISPR technology will not replace classical breeding — they will work together.”

Speaking about future applications of CRISPR and other genome editing technologies in agriculture, Barro added that it is likely we will see some trends in applications.

“In the short-term, introducing mutations in key genes will be the most wide application of this technology, where the aim is to kill DNA, avoiding the expression of toxic proteins, or introducing mutations in genes to make crops more resistant to diseases, or genes which limit crop adaptability, and to develop androsterile plants for hybrid production. In the medium-term, CRISPR technology will be useful not for killing DNA but for real DNA editing: for gene replacement, or to modify specific amino acids and provide new functionalities to existent genes, and for transcriptional activation of repression of genes, modulating their expression levels.”

The 2018 BGRI Technical Workshop will be held in Marrakech, Morocco, from 14-17 April 2018. Click here to view the full program for the workshop at the BGRI website.