The Borlaug Global Rust Initiative (BGRI) is an international consortium of over 1,000 scientists from hundreds of institutions working together to:

Key components of the BGRI include a global wheat community with systems for: cereal rust monitoring and surveillance; gene discovery; improved testing, multiplication and adoption of replacement varieties; training and capacity building; understanding non-host resistance to stem rust; and increasing levels of investments and coordination in wheat rust research and development.

The BGRI was initiated by ICAR, ICARDA, CIMMYT, UN-FAO and Cornell University in 2008. It is fostered by the Durable Rust Resistance in Wheat project, which serves as the secretariat.

Communication among the founding organizations led to adoption of a Charter for the BGRI. The Charter calls for an Executive Committee, and a general membership comprised of all organizations wishing to participate.

When a new race of stem rust was discovered in Uganda in 1998, Dr. Borlaug became the inspirational champion behind the development of the Borlaug Global Rust Initiative. The new race of stem (black) rust, known as Puccinia graminis f.sp. tritici or Ug99, as it came to be called, spread and caused catastrophic losses among smallholder farmers in Uganda, Kenya and Ethiopia. It was found to be virulent on more than 90 percent of the world’s wheat crop and threatened to invade the wheat fields of the world’s bread baskets in the Middle East, South Asia, and South Africa.

In response and with the support and advice of Dr. Borlaug and the Rockefeller Foundation, CIMMYT called for what became known as a “Global Rust Summit,” which was held in Nairobi in May 2005. Seventy-eight participants representing 18 countries, various agricultural institutions and national agricultural programs, and numerous donors assembled for a one-day session in Nairobi. The next day, they traveled to Njoro for a field visit to wheat nurseries.

Recognizing the disastrous impact on world food security if Ug99 and/or other rusts were to spread unchecked into the world’s wheat-growing regions, and the limited capacity of the world’s wheat breeders to mount an effective response, participants and founding organizations issued an expert panel report that called for a coordinated global campaign to counter wheat rust epidemics and mitigate the potential impact on food security.

They adopted a Charter for the establishment of the BGRI, which established an Executive Committee, and a general membership comprised of all organizations wishing to participate. Since its founding in 2005, the BGRI has made a significant impact on world wheat productivity. It has significantly advanced rust research, improved the world’s ability to withstand rust epidemics, increased wheat productivity, and grown the global rust community in numbers and capacity. The BGRI continues to advance Norman Borlaug’s vision of a more secure wheat crop worldwide by fostering long-term scientific collaborations that outlive specific funding or project metrics, and continuing to raise awareness and funds for much-needed cereal crop research. This was Dr. Borlaug’s vision. “Rust never sleeps,” Dr. Borlaug would admonish the world’s wheat warriors, and neither can the BGRI.

Videos about the BGRI 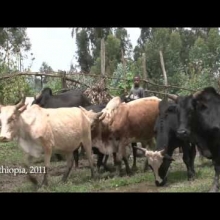 A documentary film detailing the work of the Durable Rust Resistance in Wheat Project in Ethiopia and India. 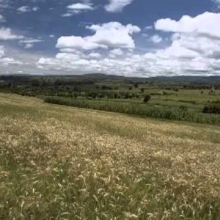 What is the threat of ug99 to global wheat production? 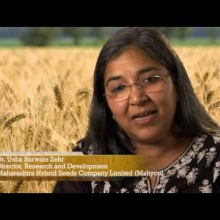 Wheat in India and the Legacy of Dr. Norman Borlaug

India and the Legacy of Norman Borlaug. Includes interviews with Indian farmers and scientists.